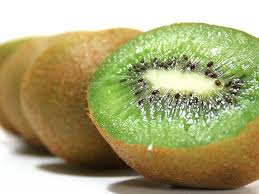 Kiwis are excellent sources of vitamins C and E, and beta-carotene. They are rich in phytonutrients that appear to protect human DNA from free-radical damage. They are also a good source of fiber, potassium, magnesium, copper and phosphorous.

The protective properties of kiwi have been demonstrated in a study with 6- and 7-year-old children in northern and central Italy. The more kiwi or citrus fruit these children consumed, the less likely they were to have respiratory-related health problems including wheezing, shortness of breath, or night coughing. These same antioxidant protective properties may have been involved in providing protection for these children.

Eating vitamin C-rich fruit such as kiwi may confer a significant protective effect against respiratory symptoms associated with asthma such as wheezing.

A study published in Thoraxthat followed over 18,000 children aged 6-7 years living in Central and Northern Italy found that those eating the most citrus and kiwifruit (5-7 servings per week) had 44% less incidence of wheezing compared to children eating the least (less than once a week). Shortness of breath was reduced by 32%, severe wheeze by 41%, night time cough by 27%, chronic cough by 25%, and runny nose by 28%.

Children who had asthma when the study began appeared to benefit the most, and protective effects were evident even among children who ate fruit only once or twice a week.

Incorporate more kiwis in your children’s diet and it will benefit them in the long run.