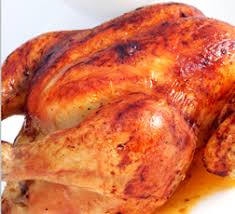 (NaturalNews) Those juicy, delicious chicken breasts in the meat case at your  local supermarket are more than likely hiding a dirty little secret that might  make you think twice about ever eating them again. Most people are unaware of  it, but conventional chicken meat typically contains a whole lot more than just  chicken, as it is often “plumped” up with brine (salt water), chicken stock,  flavor and texture-enhancing chemicals, and even the waste byproducts of other  animals that can constitute as much as 30 percent of the meat’s total  weight.

Rather than produce and sell pure chicken meat as most people  assume they do, many conventional chicken producers inject all sorts of liquid  fillers and chemicals into the meat prior to packaging it, all for the purpose  of making poor quality meat appear and taste superior. The process is not only  deceptive, as it tricks consumers into thinking they are getting more chicken  than they really are, but it also increases the sodium content of chicken by as  much as 500 percent.

Perhaps the worst part about plumping, though, is  the fact that chicken producers can still label their plumped chicken as being  “100 percent natural,” since this terminology is not properly regulated, and  does not have a standardize legal definition. As long as the injected substances  are considered to be “natural” themselves — “natural” technically cannot be  legally defined in this context, either — then anything goes as far as chicken  production is concerned.

According to Foster Farms, a large chicken producer that claims  not to plump its chickens, the average consumers inadvertently spends about  $1.50 per package of plumped chicken just on salt water. Throughout the course  of a year, this translates into a hidden cost of more than $100 per year for a  family of four eating chicken with their meals roughly four days a week. (http://www.saynotoplumping.com)

Plumped chickens can contain waste byproducts of other animals like pigs,  cows

Besides containing high levels of refined salt chemicals like  monosodium glutamate (MSG), arsenic (http://www.naturalnews.com/032659_arsenic_chicken.html), and  various other chemicals, plumped chickens may also contain bits and pieces of  other animals and animal waste.

The U.K.’s Independent reported  back in 2009 that many restaurants throughout Great Britain had been caught  injecting their chicken meat with the bones and gristle of both pigs and cows.  Similar to the agenda behind plumping with water and salt, injecting these  animal waste byproducts is intended to fatten up chicken meat in order to make  it appear larger, weigh more, and thus generate higher profits. (http://www.independent.co.uk)

Another investigation  by BBC revealed similar plumping methods involving the flesh of other  animals. It turns out that chicken processing in general often involves  injecting chicken meat with the protein material of other animals. Some  producers even try to cover up this dirty practice by deconstructing the DNA of  the foreign animal matter so that it cannot be detected in tests.

This  is all very disturbing news, of course, especially for folks who, for religious  or dietary reasons, specifically eat chicken in order to avoid eating other  forms of meat. Little do they know that, since the 1970s, conventional chicken  manufacturers have been pumping up chicken meat with foreign materials and  animal waste in order to turn a higher profit.

The best way to  avoid falling victim to the food industry’s chicken deception is to buy only  local or specifically pasture-raised chicken meat. It is important also to make  sure that the chicken meat you buy is organically fed, regardless of whether or  not it is officially certified as such, since conventional birds are often  deliberately fed arsenic, a cancer-causing chemical compound.