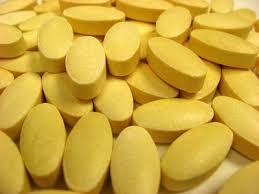 According to Dr. Mercola vitamin B12, or rather a lack thereof, has been called the “canary in the coalmine” for your future brain health.  Recent research has bolstered the importance of this vitamin in keeping your mind sharp as you age.

According to the latest research, people with high levels of markers for vitamin B12 deficiency were more likely to score lower on cognitive tests, as well as have a smaller total brain volume, which suggests a lack of the vitamin may lead to brain shrinkage.

This issue is of paramount importance for many of you reading this for two reasons:

What is Vitamin B12?

Vitamin B12 is a powerhouse micronutrient often known as the “energy vitamin” because it assists in energy production.  Your body relies on the efficient conversion of carbohydrates to glucose — your body’s source of fuel — to run smoothly, and vitamin B12 plays a major role in that conversion. B12 also enables your body to convert fatty acids into energy.  Further, your B12 level impacts a number of very important functions in your body, including:

Problems with Memory, Brain Function Top Signs of Vitamin B12 Deficiency:   Mental fogginess and problems with memory are two of the top warning signs that you have vitamin B12 deficiency, and this is indicative of its importance for your brain health.  In addition to the latest Neurology study, which found more signs of shrinkage of brain tissue among those with low vitamin B12, a Finnish study published in Neurology last year found that people who consume foods rich in B12 may reduce their risk of Alzheimer’s in their later years.  For each unit increase in the marker of vitamin B12 (holotranscobalamin) the risk of developing Alzheimer’s was reduced by 2 percent. Research also shows that supplementing with B vitamins, including B12, helps to slow brain atrophy in elderly people with mild cognitive impairment (brain atrophy is a well-established characteristic of Alzheimer’s disease).

What Causes B12 Deficiency?  Vitamin B12 is the largest vitamin that we know of.  Because of its large size, it is not easily absorbed passively like most supplements.  Because of this, many, if not most oral B12 supplements are worthless and do NOT work. Vitamin B12 requires a complex system in your body involving intrinsic factor to bind to it so it can be actively absorbed in the end of your small intestine (terminal ileum).  As you grow older the ability to produce intrinsic factor decreases and cause a deficiency state.

Studies from the U.S. Framingham trial show one in four adults are deficient in vitamin B12, and nearly half the population has suboptimal blood levels.  If you eat an allvegetarian or vegan diet, vitamin B12 is one of the nutrients your body is most likely deficient in, as it is naturally present in foods that come from animals, including meat, fish, eggs, milk and milk products.  However, there are many other causes of B12 deficiency as well, including:

Signs and Symptoms to Watch For:  Besides the above-mentioned mental fogginess and memory problems, there are actually a wide range of symptoms of vitamin B12 deficiency, from mild to severe, which can affect your body, mind and mood. In general, the signs are: