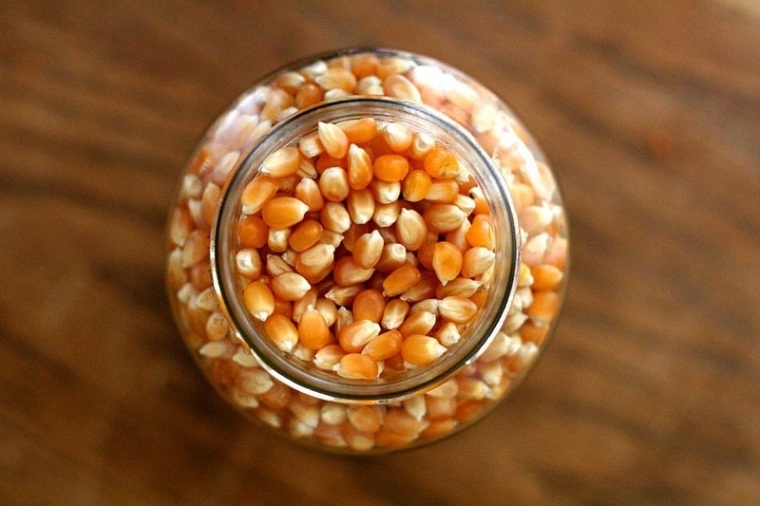 Organic popcorn is healthier for you but, only if it’s air-popped. You can use a regular pot which, I’ve used many times over, or you can buy an air popper. They’re sold at Macy’s, Sear’s and Amazon for under fifty dollars. To jazz up your popcorn drizzle extra virgin olive oil over it and sprinkle a ittle sea salt for more taste.

How many calories you end up with depends on how much olive oil you use. 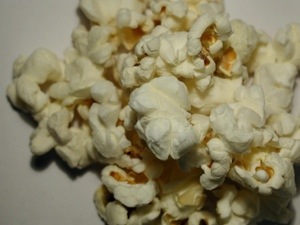 One cup of air popped popcorn, for example, contains only 30 calories or so. Olive oil contains about 250 calories per ounce (2 tablespoons).

Many American’s buy the microvable brands and it’s actually not healthy for you. Remember the corn is a grain however, it’s the type of corn you buy (Organic or GM Corn) and how you prepare it can really affect your health. A new study at the University of Minnesota showed diacetyl has several concerning properties for brain health and may trigger Alzheimer’s disease.

Diacetyle is an artificial butter flavoring added to microwave popcorn and other snack foods; many microwave popcorn factories have already stopped using the synthetic diacetyl because it’s been linked to lung damage in people who work in the factories. Now imagine popping your microvable pocorn and this chemical goes into your blood stream which the study shows.

Removing Diacetyl from Microwave Popcorn Doesn’t Make it Safe…
As mentioned, diacetyl is known to cause serious, sometimes life-threating respiratory illness in microwave popcorn-plant and flavoring plant workers. Many companies therefore began to stop using the chemical in their products, replacing it with another ingredient called 2,3-pentanedione (PD), which is also used to impart a buttery flavor and aroma.

Now researchers have revealed that PD, too, can lead to respiratory toxicity similar to that caused by diacetyl. The chemical was also capable of pathologically altering the gene expression in rat brains, leading to neurotoxicity. The study’s lead researcher noted:

“Our study is a reminder that a chemical with a long history of being eaten without any evidence of toxicity can still be an agent with respiratory toxicity when appropriate studies are conducted.”

Not to mention, perfluoroalkyls (PFCs), which are chemicals used to keep grease from leaking through food wrappers, are widely used in microwave-popcorn packaging. These chemicals migrate into your food and are processed by your body, where they can disrupt your endocrine system and affect your sex hormones. PFCs have been linked to infertility, thyroid disease, cancer, immune system problems, and more.

It’s obviouse we’re living in a world where we want things bigger and faster. That doesn’t always mean it’s healthier and better for us.

One thought on “A Healthier SNACK: Organic Popcorn”