Doctor’s Death After Covid Vaccine Is Being Investigated

How scary is that title? It worries me to know that the Coronavirus Pfizer vaccine that was created to save lives, are killing people all around the world.

Dr. Gregory Michael, 56-year-old obstetrician and gynecologist in Miami Beach, received the vaccine at Mount Sinai Medical Center on Dec. 18 and died 16 days later from a brain hemorrhage. Then in Norway, 23 people died after receiving the first dose of Pfizer COVID-19 vaccine, 13 were nursing home patients. Steinar Madden, Medical director said, it is quite clear that these vaccines have very little risk, with a small exception for the frailest patients. Doctors must now carefully consider who should be vaccinated. Although these deaths are low, they are still significantly important because there’s clearly something wrong with the Pfizer vaccine. People need to understand, vaccines are not a ones-size-fits-all.

Agreeing to take the vaccine regardless of which drug company manufactured it, there is a high risk of side effects or possibly dying. When these drug companies, such as Moderna, Pfizer, Johnson & Johnson, Merck, and AstraZeneca (to name of few), created the COVID-19 vaccine they applied for an Emergency Use Authorization (EUA) for distribution.

What is an Emergency Use Authorization (EUA)?

An Emergency Use Authorization (EUA) is a mechanism to facilitate the availability and use of medical countermeasures, including vaccines, during public health emergencies, such as the current COVID-19 pandemic. Under an EUA, FDA may allow the use of unapproved medical products, or unapproved uses of approved medical products in an emergency to diagnose, treat, or prevent serious or life-threatening diseases or conditions when certain statutory criteria have been met, including that there are no adequate, approved, and available alternatives. Taking into consideration input from the FDA, manufacturers decide whether and when to submit an EUA request to FDA.

Once submitted, FDA will evaluate an EUA request and determine whether the relevant statutory criteria are met, taking into account the totality of the scientific evidence about the vaccine that is available to FDA. This emergency use allows drug companies to skip many steps. Steps that would usually include many years of research studies on the efficacy and validity of the vaccine on various different variables. The population of people in the United States consists of so many variables to study. For example:

That list can go on and on because there are so many underline health conditions to consider when studying the effects on people. I’m not one hundred percent sold on the Emergency Use Authorization for these vaccines because the data is still pending. Everyone that opted-in now to be vaccinated are being studied and monitored closely.

In the months and years to come, that data may be used to adjust or even change the ingredients in the vaccines to address side effects and deaths that people have experienced. The more data on hand, the better the outcome. These first individuals will pave the way for concrete information to be used to create the most effective vaccine. Please be careful because there are fake vaccines and treatments out on the market as well.

Unfortunately, there are people and companies trying to profit from this pandemic by selling unproven and illegally marketed products that make false claims, such as being effective against the coronavirus. These fraudulent products that claim to cure, treat, or prevent COVID-19 haven’t been evaluated by the FDA for safety and effectiveness and might be dangerous to you and your family.

Always consult with your healthcare professionals before taking or thinking of buying any form of drug, tests, treatments, vaccines, or vitamins for the treatment of COVID-19 or any other ailments. 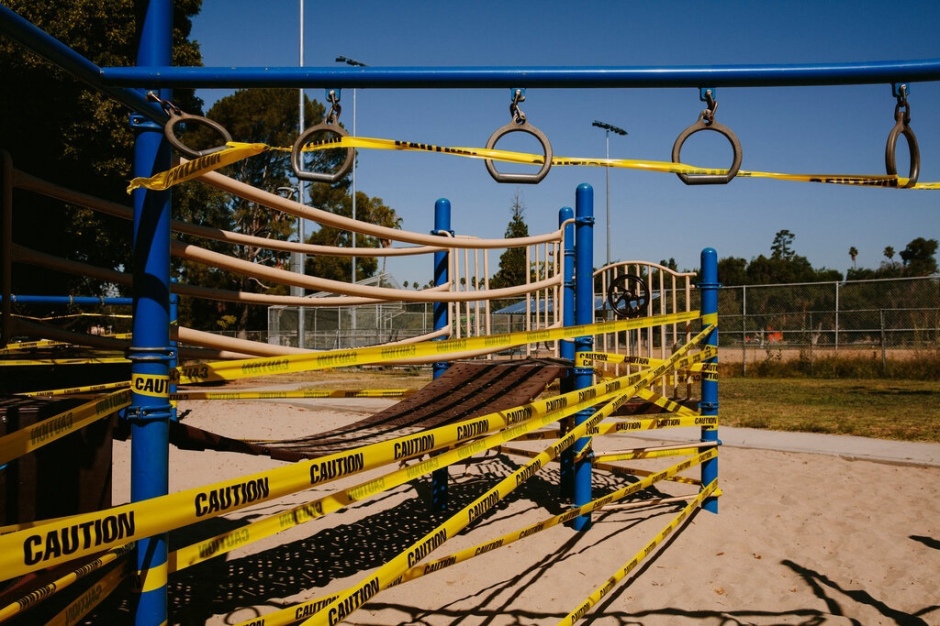 The research suggests that children clear the infection much faster than adults and may help explain why many don’t become seriously ill.

Children infected with the coronavirus produce weaker antibodies and fewer types of them than adults do, suggesting they clear their infection much faster, according to a new study published Thursday.

Other studies have suggested that an overly strong immune response may be to blame in people who get severely ill or die from Covid-19. A weaker immune response in children may paradoxically indicate that they vanquish the virus before it has had a chance to wreak havoc in the body, and may help explain why children are mostly spared severe symptoms of Covid, the disease caused by the coronavirus. It may also show why they are less likely to spread the virus to others.

“They may be infectious for a shorter time,” said Donna Farber, an immunologist at Columbia University in New York who led the study reported in the journal Nature Immunology.

Having weaker and fewer antibodies does not mean that children would be more at risk of re-infections, other experts said.

“You don’t really need a huge, overly robust immune response to maintain protections over some period of time,” said Deepta Bhattacharya, an immunologist at the University of Arizona in Tucson. “I don’t know that I would be especially worried that kids have a little bit lower antibody response.”

The study looked at children’s antibody levels at a single point in time, and was too small to provide insights into how the levels may vary with age. But it could pose questions for certain antibody tests that may be missing children who have been infected.

Dr. Farber and her colleagues analyzed antibodies to the coronavirus in four groups of patients: 19 adult convalescent plasma donors who had recovered from Covid without being hospitalized; 13 adults hospitalized with acute respiratory distress syndrome resulting from severe Covid; 16 children hospitalized with multi-system inflammatory syndrome, the rare condition affecting some infected children; and 31 infected children who did not have the syndrome. About half of this last group of children had no symptoms at all.

Individuals in each group had antibodies, consistent with other studies showing that the vast majority of people infected with the coronavirus mount a robust immune response.

“This further emphasizes that this viral infection in itself, and the immune response to this virus, is not that different from what we would expect” from any virus, said Petter Brodin, an immunologist at Karolinska Institutet in Stockholm.

But the range of antibodies differed between children and adults. The children made primarily one type of antibody, called IgG, that recognizes the spike protein on the surface of the virus. Adults, by contrast, made several types of antibodies to the spike and other viral proteins, and these antibodies were more powerful at neutralizing the virus.

Children had “less of a protective response, but they also had less of a breadth of an antibody response,” Dr. Farber said. “It’s because those kids are just not getting infected as severely.”

Neither group of children had antibodies to a viral protein called the nucleocapsid, or N, that is entangled with the genetic material of the virus. Because this protein is found within the virus and not on its surface, the immune system would only see it and make antibodies to it if the virus were widely disseminated in the body, she said.

“You don’t really see any of that in the children, and that suggests that there’s really a reduced infection course if these kids are getting infected,” she explained.

The finding could undermine the results from tests designed to pick up antibodies to the N protein of the virus. Many antibody tests, including those made by Abbott and Roche and offered by Quest Diagnostics and LabCorp, are specific to the N antibodies and so may miss children who have successfully cleared the virus. “That’s absolutely an interesting implication of that finding,” Dr. Brodin said.

Lower levels of virus in the body would also explain why children seem generally to transmit the virus less efficiently than adults do. But experts urged some caution in interpreting the results because they represent samples taken from people at a single point in time. Samples from the more severely affected children and adults were collected within 24 to 36 hours of being admitted or intubated for respiratory failure; those from children with mild or no symptoms were banked after medical procedures.

The type of antibodies produced by the body varies over the time course of an infection. This was a limitation of this study because the researchers may have been comparing people at different points in their infection, Dr. Brodin said. “You risk comparing apples and oranges.”

Other experts cautioned that the study was too small to draw conclusions about how the immune response may vary in children of different ages. The children in the study ranged in age from 3 to 18 years, with a median age of 11. But some studies have suggested that teenagers may be just as much at risk from the coronavirus as adults.

“It’s very important to understand what happens in children,” to understand the nature of their illness, but also how they contribute to spread of the virus in the community, said Dr. Maria L. Gennaro, an immunologist at Rutgers University. But “to try and stratify by age, it’s a little bit of a stretch in the analysis,” she said.

The researchers were also not able to explain why children have a more limited antibody response. Having fewer types of antibodies may seem like a bad thing, but “having a ton of antibody isn’t necessarily a marker of a good thing,” said Dr. Bhattacharya. “It usually means that something went wrong early in the response.”

At least one other study has suggested that children have a powerful inborn immune system, intended to combat the many new pathogens they encounter, and that this first line of defense may clear the infection early without needing to rely on later antibodies.

Another possibility is that the children have some protection — in the form of immune cells called memory T cells — from previous encounters with common cold coronaviruses.

“Is it all innate? Or could there actually be some pre-existing memory?” Dr. Bhattacharya said. “I think those are both possible.”